1: The arousing of thought 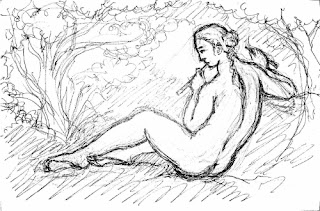 One day it became clear to me that I no longer believed in the cult of which I had been a member for twenty-seven years. In some respects this parting of the ways had been building up for a long time. In other ways it was almost a surprise to me.
I had joined with the belief that here was a teaching, perhaps ancient, which could lead to higher states of consciousness, which could lead one back to one’s own birthright as a human being. I came disillusioned from the peace movement, with the strong feeling that no amount of political protest was going to save humanity from itself, and with the conviction that the only way forward was inner transformation – to start with myself, perhaps to help others to do the same.
Thus began my journey from what still seem to me reasonable grounds, into a cult in which the ideas of Ouspensky’s and Gurdjieff’s Fourth Way were transformed into something different, and in which there was a smell of corruption which others had smelled long before I joined, but which I did not smell until I left.
I cannot fully verify the corruption. I faithfully followed the task set by the Teacher not to read the on-line blog in which ex-members cry, vent, complain and catalogue abuse, only reading it after I had decided to leave. I shall not repeat allegations that are not within my experience and which are available to anyone from an easy internet search.
I write only what I myself experienced. That is not to say that I am not shocked by what I have read. I am also shocked at myself for not having understood certain things correctly, and not having been more curious about the hints that all was not as it should be.
Someone with perhaps a troubled conscience once wrote a book called My Version of the Truth. This is my version of the truth, from twenty-seven years in a particular Fourth Way School, the so-called Fellowship of Friends (no connection with the Religious Society of Friends {Quakers}).

*
I did not live in the California headquarters, variously named Renaissance, Apollo, Isis (after the Egyptian goddess and with no connection with the notorious terrorist organisation of that name) and again Apollo, but I visited it a few times and met the Teacher on many occasions both in Apollo and in London. I was for most of my membership a regular attender at the London Centre, once or twice a week, and visited a number of centres worldwide. At one time I was a Centre Director in London.
This is my attempt to understand how I came to believe things that now seem to me absurd, to look critically at the elements of the Fourth Way as practised in the School, and to clarify what remains in the Fourth Way that is of genuine value.
To what extent do we need a teacher to guide us, and at what point do we need to abandon the teacher? How can we tell a true teacher from a false? When does practice end and play begin? Is there, at the heart of everything, in the soul of every true religion, a still, small voice and a way of getting to that place of inner peace? And crucially, is it a purely selfish pursuit or, as I believed, something of value to others not in the Work?

Popular posts from this blog

Do not build a Dervish convent or live in one. – Abdulhalik Gudjduvani
How does a cult differ from any guiding belief? Having been in a cult and come out, I must re-examine what it is I know and what I merely believed. Do we ever live without belief, or do we simply change one belief for another? What is living well? And is there a path to living well in which belief plays the smallest possible part? I was looking for meaning in life, and for twenty-seven years I was a member of what some would call a cult, others a Fourth Way School – the so-called ‘Fellowship of Friends’ led by its Teacher Robert Earl Burton. Over the years many have left. Many students remain, for the most part beautiful and sincere people. Of those that left, some have left in extreme bitterness. Now I have dropped out. Now I have read the testimonies of other ex-students, testimonies I had not read before. Some, according to their accounts, were sexually exploited and damaged. …
Read more

- April 26, 2019
Link to part 1: The arousing of thought
Link to part 2: Cult versus belief
Alice laughed. "There's no use trying," she said: "one can't believe impossible things."  "I daresay you haven't had much practice," said the Queen. "When I was your age, I always did it for half-an-hour a day. Why, sometimes I've believed as many as six impossible things before breakfast." – Lewis Carroll, Through the Looking Glass, chapter 5
How did I come to believe so many doubtful and even unprovable things?  Forty-four invisible conscious beings – angels – watching over our School and its students. They signal to us in co-incidences, messages on billboards and car licence plates (the interpretation of which is largely by our Teacher, although sometimes by us in imitation of him). Past conscious beings have encoded the secrets of awakening not only in scriptures but in the bridge in the background of the Mona Lisa, in the square trouser leg of Diego River…
Read more